About Us – Giffin Equipment

2014 brought the retirement of the Giffin Family from the business and ushered in the current ownership. Amanda Twining purchased the business with the intention of creating the first independent, women owned equipment rental business in Santa Barbara. With a savvy business mentality adopted from years of helping build her families medical raw goods company, the focus was, as it is today, top notch customer service, quality equipment at a good value, and an employee culture steeped in respect and safety.

In 2018, the deadly mudslides in Santa Barbara were one of the most devastating natural disasters to hit the area. The Giffin team stepped up to support the community in ways that others were not able to. By delivering a majority of their equipment throughout the community for anyone to use, whether in search and rescue or the subsequent cleanup, showcased how ingrained the Twining family believed Giffin should be in the community. In addition to fighting alongside the Santa Barbara community, Giffin expanded into their Ventura location in the middle of that year.

2020 brought challenges to the world that no one could foresee. It also brought new growth and opportunity for the Giffin Rental family. In April of that year, Giffin was awarded the opportunity to become Ventura and Southern Santa Barbara Counties sole Authorized Bobcat dealer. By adding the Bobcat of Ventura and Bobcat of Goleta dealerships, the Twining family resurrected the Bobcat dealer presence that had been missing in Ventura County and Santa Barbara for more than twelve years. It was during this time, that Giffin Rental, transformed itself into Giffin Equipment, a service-based company that was prepared to offer rental equipment, parts, service, and sales to the broader Central Coast Region. The growth in 2020 also saw the addition of the Santa Maria location in the end of that year. 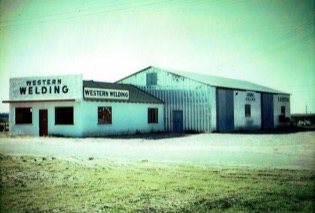 The history of Giffin Equipment has been written, but the legacy is being stamped one customer focused transaction at a time. The Giffin Equipment team and the Twining Family are dedicated to providing industry leading service by specializing in construction related equipment services. The focus on community, a professionally trained team, and a flexible customer service platform continues to make Giffin Equipment the #1 choice for independently owned equipment related services on the California Central Coast.

Questions or Comments About Rental Equipment or Sales?

Please fill out the form below to have one of our team contact you.